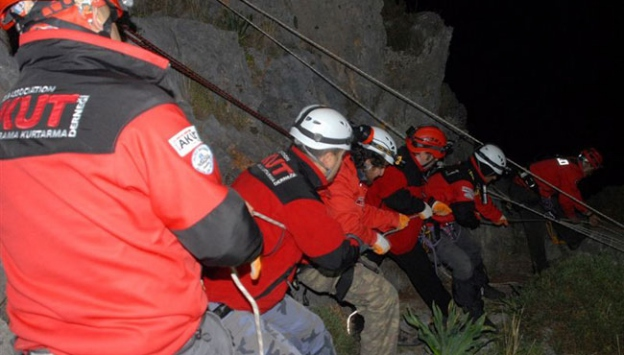 On August 17, 1999, a strong earthquake shook Gölcük, a city located southeast of Istanbul in Turkey. The 7.2 grade quake took 45 seconds and was felt in an area where around 20 million people lived. Almost 18,000 people died and many hundreds more were trapped beneath collapsed buildings across the region. Only three months later, a smaller quake caused another nine hundred deaths in Duzce, a one and half hour drive away east of Gölcük. During rescue operations in Gölcük and Düzce quakes, a volunteer rescue team, AKUT, almost unknown at that time, appeared in action earlier than any other organizations. AKUT worked with 150 permanent members. It organized over 1,000 people to work and was on duty when over 200 people were rescued from the debris. The public recognized the AKUT team , and the leader, Nasuh Mahruki, with gratitude. Turkish people chose AKUT as the most trusted entity of Turkey. 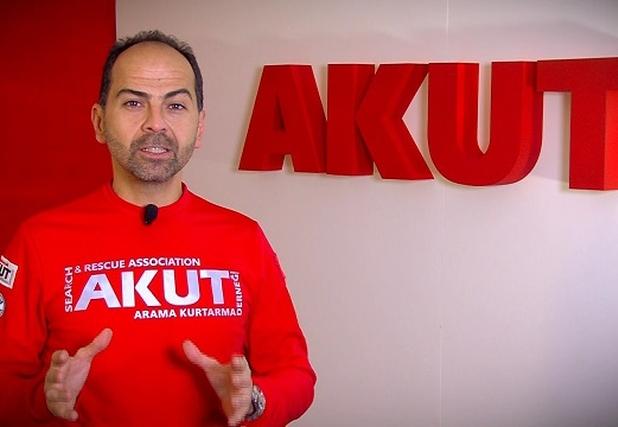 By that time, we knew Nasuh Mahruki as a mountain climber, who climbed the summit of Mount Everest and was the first ever Turkish Person to climb the Seven Summits. In interviews, he revealed that the story behind founding of AKUT was triggered due to another tragedy. In November, 1994, Nasuh and around 100 of the most competent climbers in the country were searching for two missing young climbers in Bolkar Mountains in Turkey. After 14 days of challenging searching, unfortunately, they could not find any of the boys - dead or alive. The body of one was found 8 months later by a villager and the second boy was still missing. Upon this upsetting event, Nasuh and a number of his, pioneering mountaineers friends thought about how search and rescue activities could be conducted in an effective and efficient manner.  In 1996  they formed the AKUT  Search and Rescue Association, a volunteer-based search and rescue team. The members received earthquake and flood training within the next year. It became the one and only Non-Government Organization that was organized on search and rescue, before the big Marmara Earthquake hit Golcuk in August, 1999.

Today there are more than 35 AKUT units and more than 1,600 volunteers all over Turkey and to date  more than 2,200 people have either been rescued or moved to safe environments by AKUT. In 1999, the organization became a member of United Nations' Search and Rescue Advisory Group (INSARAG).  AKUT was officially recognized in 2011 as a "mid-sized search and rescue team" by INSARAG.  With the inspiration of AKUT, today there are several Search and Rescue teams in Turkey created by volunteers, military, private, and professionals which were all founded by following AKUT’s lead.

Nasuh created a big impact on society with his leadership of AKUT. He is a social entrepreneur and a leader in the citizen sector. AKUT is an innovative and much referenced organization among NGOs in Turkey with a powerful governance model and unique vision. Some personal lessons I learned  from AKUT are:

Nasuh still inspires others with his books, public speeches and sharing. His book, Climbing to Your Everest, tells us that a key leadership aspect is to build a vision of the Everest you need or must climb, and to keep the goal in the forefront of your mind. 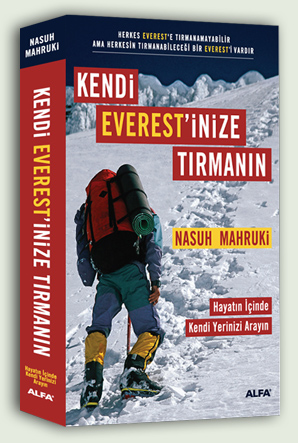 I will translate and share some quotes from this book to convey the messages to you.

I hope you enjoyed the story of Nasuh and AKUT, please share your thoughts.

Thanks for sharing another great blog post Tolga! I think skill based volunteering is an awesome way to give back to community and really make a difference. Nasuh identified the need and took the initiative to create AKUT, when he realized such type of organization did not exist. His leadership and passion to do good helped the nation and its people. What a wonderful story!

If any of you have ever seen the series LOST, you will find leadership when Jake (one of the main characters) always was trying to help other people eventhough he was dealing with his own demons.

Thank you for sharing this great article.

Thanks. This is an an inspiring article.

Awe inspiring initiative. Salute to AKUT and Mr. Nasuh Mahruki.
Thanks Tolga for sharing the article.

Thanks for sharing! Inspirational indeed!

Tolga, wonderful post, thank you for sharing. I love how it came from someone outside of project management and business. I like it when we can cross pollinate ideas from different disciplines. I also really like the quote, "Broaden the vision to increase the impact." Thank you again.

Dear Tolga
Interesting is your perspective on the theme: "Leadership ... The Impact"

I really liked the quotes from the book